B2B PR Trends: How to Give Journalists What They Really Want

Journalism has been battered by major changes over the past few years. If you find yourself struggling to keep up with these changes, you're not alone. But to help you up your effectiveness, we've highlighted the key B2B PR trends you need to know to appeal to journalists.

Two Reports, Two Different Points of View: What It Means For You

Cision's survey polled 1,355 journalists in different areas of the industry, from print media outlets to bloggers. On the subject of public relations, the study found an overall increase of positive sentiment toward the public relations industry. The press release, in particular, was chosen as a top content choice among journalists.

Shifting gears to the MuckRack-Zeno survey, however, you'll see a mirror image. Of the 520 journalists polled, just 3% said they value press releases and 49% found them worthless. Quite a disparity between these two studies!

Why is this an important difference? Press release distribution services are a commodity -- a zillion flashing words that hold no personalization for a reporter. They're issued to satisfy reporting requirements for publicly traded companies, as well as for branding and awareness for all companies.

The press release itself, however, is quite effective as a tool for journalists.

The New Use of Press Releases

It's time to stop thinking of a press release as a media-attention vehicle, and start thinking of it as a tool to provide information.

We believe press releases refuse to die -- despite all the badmouthing -- because the format can be an effective way to tell a story concisely. Just the facts, ma'am, is what they deliver.

So how can you write a press release that captivates the attention of journalists and effectively conveys all the needed information?

Let's look at what these two reports say about the state of journalism and how it affects the press release.

Let's first address the elephant in the room. Despite a few loud comments to the contrary, the fact remains that journalists still want press releases. How do we know? Let's look at a few figures.

Why are press releases so important? They play a vital role in the relationship between brands and journalists.

The problem is that some aren't updating their press release strategy to reflect the modern needs of journalism. How can you create a press release that better appeals to journalists? The report from Cision on its survey results outlines 4 principle ways:

Show journalists that you mean business by taking these recommendations to heart. Contrary to some past opinions on the subject, the press release is not dead. It just needs some doctoring.  Update your press release strategy to reflect the latest trends.

2. A Good Hook Can Attract the Right Eyes

Some journalists thumb through hundreds of press releases on any given day. It's safe to say that they know what makes a press release stand out. And what do they recommend? A good hook. According to the Cision survey, this was the #1 way to help journalists -- 45% of respondents recommended this as a way to improve releases.

What is a hook? A hook draws in your readers, captivates them, and makes them want to learn more. It needs to be somewhere your reader's eye will naturally land such as in your press release headline, in your subheadi, and in your first paragraph.

What makes a good hook? There are a few ways to create an effective hook, including:

In this day and age, journalists are busier than ever -- and finding a good story can be a challenge. Journalists want to know at a glance whether your story is worth their time. A good hook, strategically located, is the best way to draw them into your story. 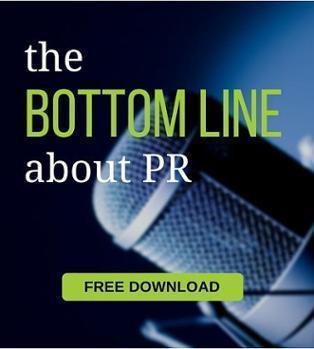 Multimedia in press releases can be the difference between a read or trashed release.

According to the MuckRack Zeno survey, 46% of journalists said they are more likely to look at a press release if it includes an infographic. Another 13% of respondents noted that video content would attract their attention.

This same pro-multimedia viewpoint was shared by 11% of the Cision survey participants, who said it would make a press release more effective. The key readability factor though for Cision readers was a clearly stated news hook -- with 45% saying that boosts a release's effectiveness.

These content preferences show that multimedia is appreciated by some journalists and can improve your chances of getting a release read.

4. The Fight for Trust Continues

As a result of the fake news sentiment that has crept onto the scene in recent years, journalists have to work harder than ever to gain back the trust of their audience. 59% of the Cision survey participants in the United States noted that this trend has impacted their profession.

How can you create a press release that speaks to this need for accuracy? Make sure that all the information you provide is 100% sincere, honest, and true. It might be tempting at times to add some embellishment to your story to make it more appealing -- but if the smallest detail proves untrue or overly exaggerated, it could potentially cast doubt on the rest of your information.

This goes beyond the veracity of your press release or pitch. Every part of your brand -- including your website, blog, and social media profiles -- should be a sincere and truthful representation of your company.

Your press release also needs to provide expert sources where journalists can turn to confirm your facts and figures. Have all of your sources lined up and ready to go for journalists should they need to reach out.

Social media as a whole is increasingly relied on by modern journalists. The MuckRack-Zeno survey shines some light on what particular networks journalists expect to use in the coming year and how exactly they use those networks.

The social media giant Facebook is losing ground for journalists with 44% noting that they expect to spend less time on the network this year -- and only 13% saying they planned to spend more time on it. On the other hand, Twitter and Instagram are gaining momentum -- 37% said that they expect to spend more time on Twitter and Instagram in the coming year. This is followed by LinkedIn with 26% and YouTube with 25%.

This means that these concerns should be at the top of your mind when pitching a story. Do your research before you write your press release. How well do similar stories do on social media? Has a particular journalist had success with this particular type of story? If so, you might highlight that in your pitch.

The growing emphasis on social media also affects your media relations in another way. Because of this trend, journalists often take your social media presence and following into account when considering your story.

Communications trainer Michael Smart commented on this trend in a piece for PRsay: "Being newsworthy is often not enough. Journalists (and especially bloggers) want you to bring something else to the table: an audience."

Remember, 44% of journalists admitted to taking the "shareability" of a story into account. This means that they may consider how much your audience will share their story as well. If they see you have a considerable social media following, it may sweeten the deal for them.

Journalism constantly evolves and grows. Even as hard times hit, it bounces back. That's why it's important to follow the latest PR trends and adapt to modern changes.