The past decade has brought many changes to the journalism arena. Among other things, this makes it necessary to learn how to write a news release that speaks to the needs of modern journalists. Once you discover the key to writing a modern press release, you'll witness new opportunities for your B2B business.

In a previous article about press release best practices, we covered the basics, such as crafting an awesome press release headline, or what to include within the body of your press release. But now we’re going to go a little deeper into the psyche of a journalist. Let’s see exactly how journalism has changed in the last decade and what this means for your press release strategy.

What is a News Release?

A news release, also referred to as a press release or media release, is a communication made to the media in order to announce a particularly newsworthy event. News releases can be used to announce:

The goal of a news release is to stimulate the interest of journalists and publications who will get your news -- and brand -- in front of a larger audience. From an attention-grabbing headline to the final paragraph and everything in between, a news release should read like a real news story.

Promotion is another important aspect of creating a news release. Here are a few popular ways you can use to promote your press release:

No one can deny that the news industry has faced some major changes in the past few years. How have these affected the modern press release and how do these changes affect journalists? Let's take a look.

A lot has happened since the glory days of 10 or 15 years ago, when newsrooms were abuzz with activity. Journalism was a bustling career. Many journalists today face special challenges in their careers that didn't previously exist. Some of these challenges include...

Since the growth of social media and online, many news budgets are being cut, and traditional media outlets are shrinking the number of staff. Those who are left are faced with stress, extra workloads, and ever-looming, merciless deadlines.

New technology and ongoing strides in social media have changed to some degree how journalists function. For many, followers and engagement rates on social media are the lifeblood to their career. Media outlets pressure journalists to get more likes, shares, and comments than their competitors.

Journalists are also pushed to learn more. They constantly fight to stay atop of new technology, changes to social media, and new editorial techniques, as well as their own creativity -- not to mention the news.

With all the hype about fake news, many journalists are under the gun to get all their facts straight. That makes it more incumbent than ever for PR professionals to write press releases that are screechingly accurate.

Now let's take a closer look at how these challenges within journalism affect how you write news releases.

Because journalists are under such a time crunch, having a ready-to-go press release is very appealing.

What information is needed to make this a story? Put the scoop at a journalist's fingertips. This may include key statistics, background information about your company, and how this announcement affects the industry. You should also include links to supporting information that will add further details.

Right within the first paragraph, you’ll want to answer the essential questions of your reader -- the who, what, where, when, and why. Show them from the get go exactly what to expect from your release.

Another fundamental, but often forgotten, detail: Don't forget to include your contact information. You don't want to lose a journalist's interest simply because they have to hunt to find a way to reach you.

Quick caveat: Save the corporate speak for internal use. Be clear and avoid jargon.

10 Press Release Best Practices That Will Skyrocket Your PR

Multimedia is an integral part of modern journalism. Colorful infographics and images enliven a news release and make it more visually appealing for journalists and their audiences.

The advancement of mobile has made multimedia even more necessary. Many journalists view press releases on their mobile devices. Releases with visual content are the easiest to read and usually stimulate the most response.

Video is another rising trend in the modern press release strategy. Embed a short video right within your press release to accentuate your point and ensure that your release won't be quickly forgotten. For instance, you could include a video demonstration of how your product works.

Multimedia is an integral part of modern journalism

Some people write press releases that are as captivating as a grocery list -- they merely list facts and figures, with no storyline whatsoever. Great press releases, on the other hand, hold the reader's attention from the very first line. They tell a story with such language and flare that it mesmerizes even the most distracted journalist. The mark of a top-notch press release is when the journalist doesn't have to do much of anything to it but publish it.

Look for the angle in your story. What is it about your brand that makes this newsworthy? Why would people care about it? These are the cornerstones of a great press release. If you can't find a reason that anyone outside of your company would be interested in your story, then it's not worth writing. Ultimately, a seasoned journalist will approach it with much more skepticism.

4. Put on Your Journalist Thinking Cap

Think like a journalist. What pressures are reporters under? What information and tools do they need from you to create a killer story that will satisfy their readers and viewers? This includes data, figures, and quotes that can be used within an article. If possible, offer a C-level member of your team for an interview.

Get creative with your press release. As mentioned above, engage journalists with your story. Storytelling is one of the leading press release best practices in the era of modern journalism. Journalists and bloggers need to feel drawn in and a part of the story you’re telling. 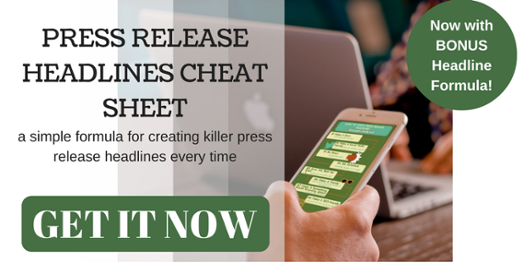 How to Improve Your Press Release Best Practices with Storytelling

It used to be easy -- too easy -- to stuff a press release with hyperlinked keywords strictly for SEO reasons. That resulted in a lot of SPAM content and Google took notice by penalizing it. Instead create a compelling release with engaging content.

While press releases won't by themselves increase your search engine ranking, they will increase your awareness and visibility. Start with having a compelling headline. Don't worry about putting keywords in the headline but make it concise -- no more than 70 characters -- and a grabber. Remember your headline's sole purpose is to get people to keep reading. Add a subhead which can be longer than your headline and where you may want to add a keyword or two.

Ensure your first paragraph is compelling and demonstrates a strong point of view. Google uses the headline, subhead and first paragraph (or a portion of it if too long) in the snippet it shows in the search engine.

Use what Google calls "natural links," phrases that link to additional information rather than keyword-stuffed links. Let's say your press release focuses on engaging millennials. You might link to a white paper on the subject on your website or a tip sheet -- something that enhances your release and adds context.  For example: "Click here for more tips on how to engage millennials."

A note of caution is in order, however. Some people put so much emphasis on search engine optimization that they miss the point. The result is a press release that only a search engine can love. Instead, focus on writing for people first and search engines second.

Focus on writing for people first and search engines second

SEO for Business: How to Strengthen Your PR with Links

7. Guide Your Audience with a CTA

People aren't mind readers -- when they get to the end of your press release, there is a risk that they will leave without taking any action. This is where CTAs, or calls to action, come into play and can help to guide your audience to the next step. If you are announcing a product launch, you might include a CTA with an offer for a free demo.

Why Calls to Action Are Vital to Your Press Release Strategy

Promotion is another important aspect of creating a news release. Here are a few popular ways to promote your press release:

A Few Points to Remember...

As times change and you learn how to write a news release that catches the eye of modern journalists, this will push you and your business to the top. 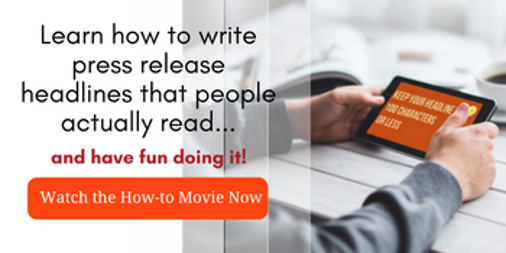 You May Also Enjoy Reading...