PR Strategy: What You Need to Know About Earned and Owned Media

For years, certain assumptions have dominated PR strategy and tactics. It's handed-down wisdom, for instance, that top tier media pack more wallop than trade media. But is that really true?

What are common misconceptions that people have about their PR tactics? How can you set those aside and have a sounder, more informed strategy tied to the bottom line?

Let's examine a recent case study from Onclusive, a data science company, that delves into those questions and provides some surprising answers.

Onclusive & 23andMe: A Case Study on Setting Aside Assumptions

A recent case study from Onclusive explores the results of a PR campaign deployed by 23andMe, a popular DNA testing company. The case study sheds light on how we make decisions and the PR tactics that underpin our strategy.

A stumbling block for PR professionals has been the inability to link content generated by PR to actual business outcomes. Instead, PR has been riddled with assumptions and untested theories.

When beginning its PR campaign, 23andMe had certain assumptions. For example, like most companies, 23andMe assumed that tier 1 outlets, such as CNBC or Fortune, would be the brass ring in terms of performance. But instead of taking those assumptions at face value, it was guided by Onclusive's analysis. And the findings were surprising.

Its PR team met every assumption head on and used the metrics to either support it or refute it. The team didn't cherry pick the data that supported its assumptions. It looked at the entire picture and as a result understood what outlets and messages were driving traffic and engagement.

“We wanted more than just article numbers and reach in a PR analytics solution," said Katie Watson, VP, Communications, 23andMe. “We also wanted to attribute coverage to our website traffic and sales, but attribution for earned media has been very difficult to do because most articles don’t have a link back to the featured company’s online properties.” 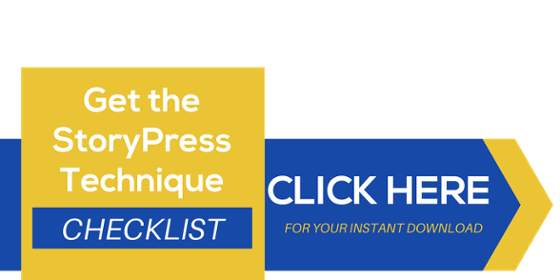 Or as Sean O'Neal, president of Onclusive, said, "The key takeaway here is that, the modern PR team needs to look beyond the traditional, surface-level metrics like 'article count' and 'message pull through' and focus more on the direct impact that individual articles are having on a company's bottom-line. This type of attribution data is what should be informing communications strategy and driving campaign optimization."

Let's look at a few assumptions that most PR pros rely on -- and how breaking past those assumptions was eye- opening for 23andMe.

3 Assumptions That Could Harm Your PR Strategy

When analyzing a recent campaign, 23andMe considered the top 5 earned media placements that drove the most traffic to its site. While the campaign garnered press in CNBC and Fortune, the top driver was a local publication, MySanAntonio.com (MySA.com), based on its syndication.

While larger outlets with a lot of name recognition drove site traffic, MySanAntonio.com outperformed them.

Owned media also played an important role. When 23andMe measured the impact of its blog alongside earned media placements, it found that a blog post about a product launch drove just as much traffic to its website as earned media on the same launch.

What was even more surprising was that the blog post resulted in more website interactions, such as product purchases, than earned media.

What should this tell you about your earned and owned media strategy?

As your campaign runs, use PR measurement and PR Attribution to understand what outlets drive the most traffic to your site. If you find that lower tier publications are working for you, adjust your PR tactics to include those outlets in the future.

Assumption #2: We Never Have to Change Our Messaging

Industries have certain go-to terms that they've used seemingly forever within their messaging. Whether it's in interviews or media articles, certain terms are buzzwords for particular brands.

But just how effective are these terms and sound bites?

Take 23andMe. It started with the assumption that the terms "research" and "DNA testing" were the best terms for its audience.  Even though these words and terms were used by journalists who covered its news, they didn't necessarily resonate as strongly as other terms with it audience.

If its PR team looked only at message pull through, the team would have deemed ‘research’ and ‘DNA testing’ to be top performing sound bites -- because the media glommed onto them.

What does this mean for you? Analyze buzzwords that you gravitate towards and step back. What other ways can you express those concepts?

When you look at messaging, don't focus on only what terms are used most by journalists. Look deeper and gauge what phrases may be used less often but produce more website traffic and engagement. This will give you the complete picture.

Once you know what terms resonate best with your audience, start incorporating those into your overall messaging.

Assumption #3: I Know Who Will Be the Best Influencer

Influencers, or industry experts, have proven their value over the years, but that doesn't mean that just any industry expert will be the best choice for your brand. Many brands think that as long as an influencer has the largest following and the most interaction, that person is going to be a savior for their strategy.

But there are a lot of variables when it comes to such industry experts. And sometimes it's hard to tell who is going to have the largest effect on your audience.

This shows the necessity of PR measurement and PR attribution as you work with industry experts and influencers. Don't just assume that someone with a large following and brand-name will be a stellar performer with your audience.

The Onclusive case study put 23andMe in the driver's seat. “By understanding the business impact of our earned, owned and newswire efforts, said Watson, "we can better shape our broader strategy and make data-driven decisions around the specific content, media strategies, publications and reporters we want to focus on moving forward."

Can you do the same?

As PR professionals, we should all push the boundaries of our own assumptions. In an age with PR measurement tools and technology, we need to take the time to measure and understand the impact of our decisions. We can't be afraid to make changes based on what we find.

As in many other areas of life, assumptions can be detrimental. That's why it's always wise to test your assumptions against solid PR metrics to see whether they still apply. That way you'll strengthen your PR strategy -- and get better results. Is that what we all want to do?